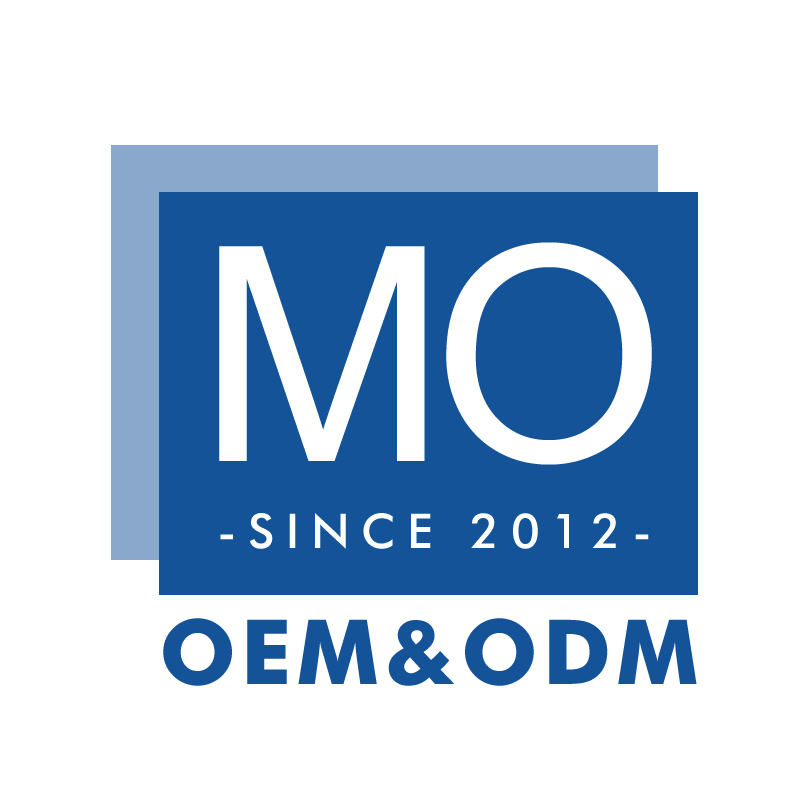 MO- making wet wipes is professional, here you can get the best quotes, we can meet all your requests, support you all the way and provide you with satisfaction.

Taking you through China’s ports

Nowadays, shipping is one of the pillars of economic development in all countries, and the throughput of ports undoubtedly represents the strength of a country’s maritime trade. 80% of the world’s trade flows through shipping, and it is these ports, large and small, that have always assumed the role of trade hubs, and as the scale of international trade continues to expand, the scale of ports is also expanding to ensure that they can meet the growing demand for trade, and the latest figures show that seven of the world’s top ten ports are Chinese ports. 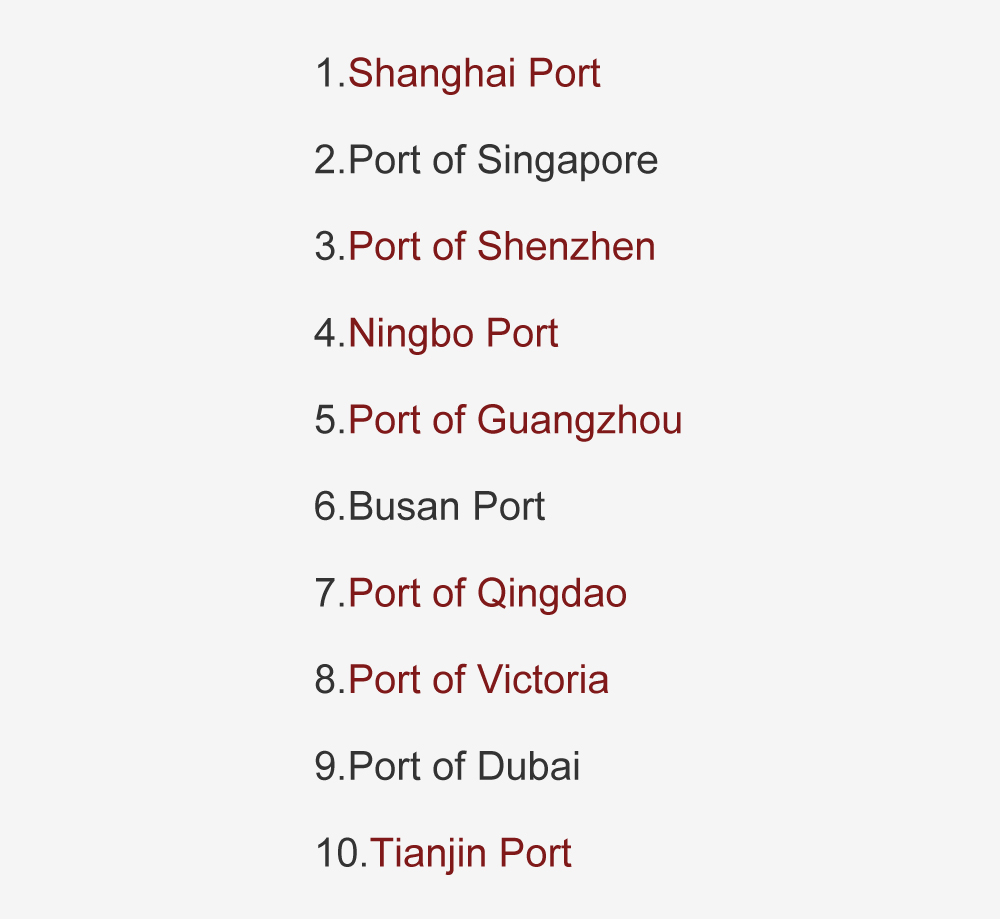 If you want to ship from or to China, you need to know about China’s ports. Due to space constraints, I will introduce you to the top seven ports in China. 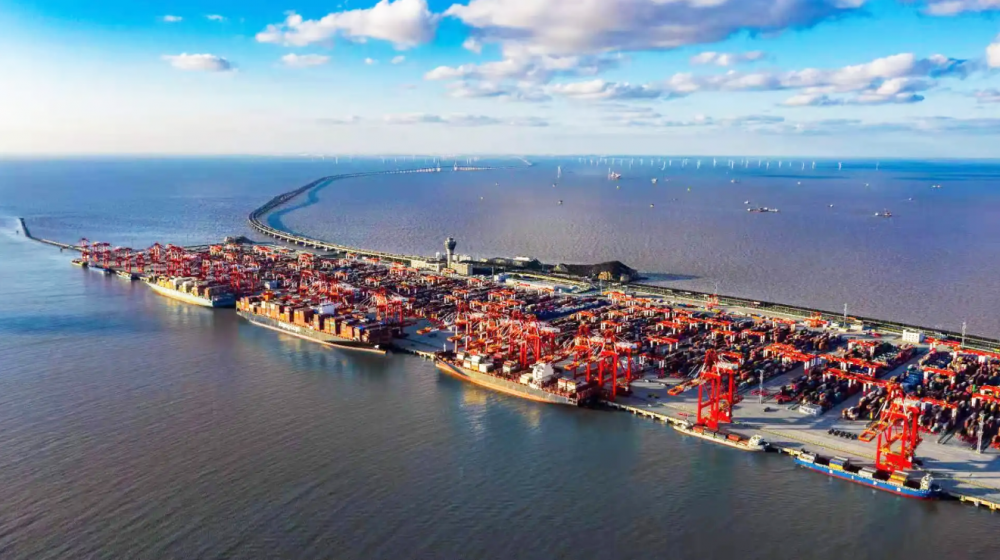 Shanghai Port has become the busiest port in Asia with 43.5 million TEU and has held the position of the world’s largest container port for twelve consecutive years. It is located in the Yangtze River Delta region of China, which is connected to the north and south coasts of China and the world’s oceans in the front, and runs through the Yangtze River basin and the inland rivers of Jiangsu, Zhejiang and Anhui and the Taihu Lake basin in the back, and is a very important port in China, an important base for foreign trade in China, and a national multifunctional hub port, the largest on the mainland coast.

It has economic and trade relations with 221 countries and regions, with Japan, the United States, Germany and Taiwan Province being Shanghai’s largest trading partners, whose trade volume accounts for more than half of the city’s total trade. 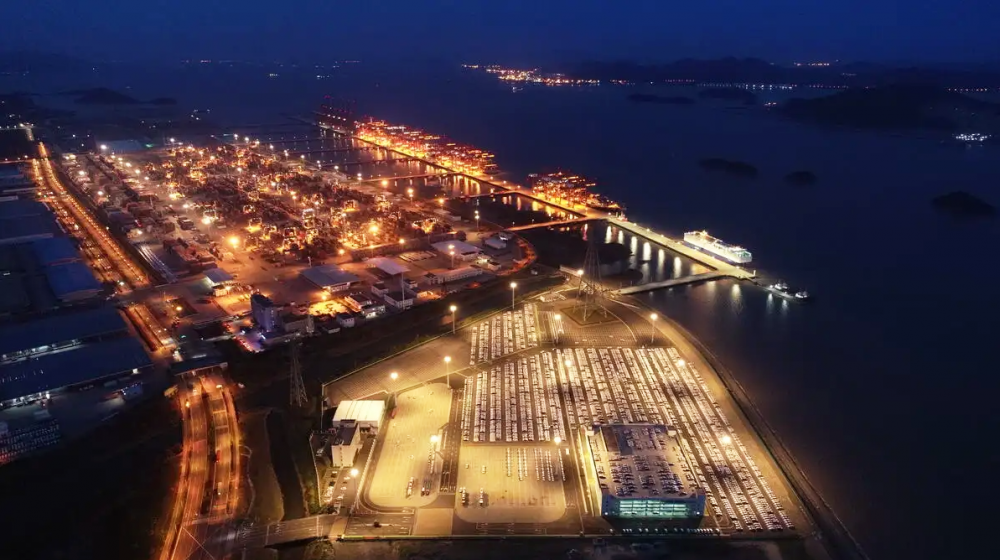 Ningbo Zhoushan Port consists of Beilun Port, Zhenhai Port, Ningbo Port, Daxie Port and Pengshan Port. It is a multi-functional modern deep-water port integrating inland river port, estuary port and seaport, located in the Yangtze River Delta and the eastern coast of China, and is an important node in the comprehensive transportation network of the Yangtze River Delta.

At present, there are nearly 250 container lines in total, and it has been in contact with more than 600 ports in over 100 countries and regions in the world, completing a cargo throughput of 111.9 billion tonnes, occupying the first position in the world for thirteen consecutive years.

In May this year, the container throughput of Ningbo Zhoushan Port exceeded 3.3 million TEUs in a single month, an increase of over 16% year-on-year and a new record high.

The port is blessed with natural conditions, the waters are traditionally unfrozen and navigable all year round, so there is no need to worry about stopping navigation. The water depth of the inlet channel is above 18.2 metres, and 300,000 tonnes of ships can enter and leave the port on the waiting tide. 309 productive berths are available, including 60 deep-water berths of over 10,000 tonnes, the largest of which are 250,000 tonnes crude oil wharf, 200,000 tonnes ore unloading wharf and 50,000 tonnes liquid chemical special berth.

The port of Shenzhen is located in the southern part of the Pearl River Delta in Guangdong Province, adjacent to Hong Kong, with a water area of 106 square kilometres and a land area of 16 square kilometres. The city’s 260 kilometres of coastline is divided into two major parts, east and west, by the Kowloon Peninsula.

In 2021, the port of Shenzhen will have a total annual container throughput of 28.77 million TEUs, an increase of 8.4% year-on-year; the number of international liner shipping routes will reach 302 for the year, an increase of 61 compared to the end of 2020; 728 additional extra liners will be operated to more than 300 ports in over 100 countries and regions. 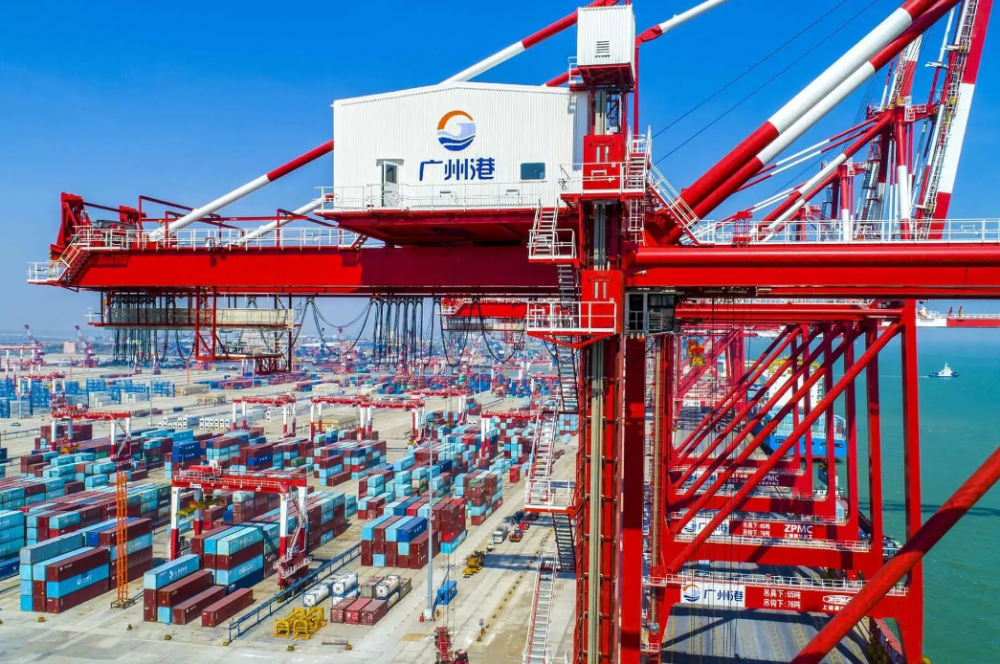 It has a petrochemical terminal, an automobile terminal, a cruise ship terminal, a grain terminal, a coal terminal and a container terminal, which are mainly engaged in the loading and unloading of oil, coal, grain, fertilizer, steel, ore, containers and other cargoes, warehousing, bonded cargo business as well as domestic and foreign cargo agency and ship agency business. 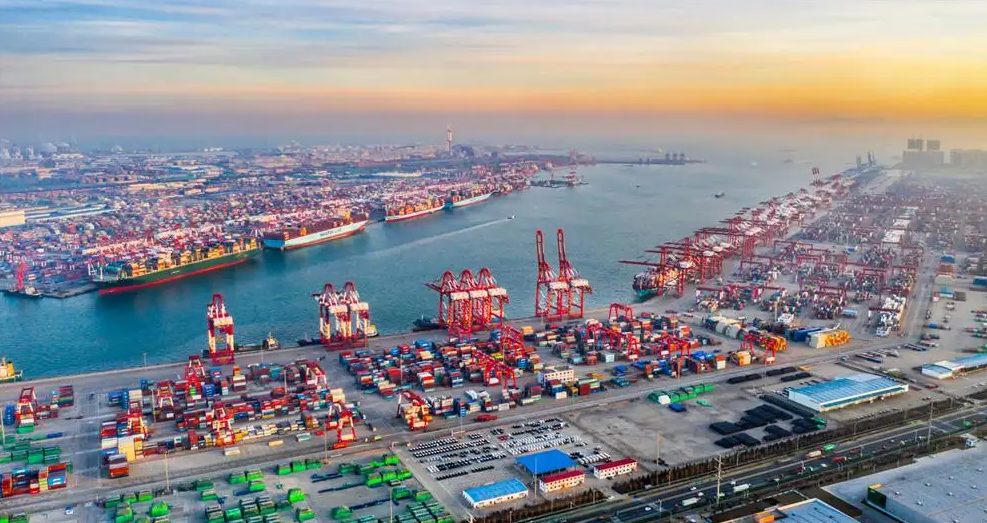 Qingdao Port is bordered by the Yellow Sea and separated from Japan and the Korean Peninsula. It is an international trade port and transit hub for China along the Yellow River Basin and the west coast of the Pacific Rim. The port of Qingdao covers an area of 420 square kilometres and is divided into four main water areas, namely the Dagang Port Area, the Zhonggang Port Area, the Huangdao Oil Port Area and the Qianwan Port Area, each of which operates different businesses.

Qingdao Port is the second foreign trade port in China with a capacity of 100 million tons, and is an important international trade port and maritime transport hub on the west coast of the Pacific Ocean, with more than 150 countries and regions, more than 450 port areas and dozens of container liner routes.

The harbour has wide and deep waters and is navigable in all seasons, making it an excellent port.

On 29 June 2021, the world’s first intelligent aerial rail collection and transportation system was put into operation at the Shandong port of Qingdao. The system achieves the air transportation of containers and realizes the breakthrough upgrade of port traffic from single plane to three-dimensional interconnection. Compared with the traditional container transport mode, energy consumption can be reduced by more than 50% per natural box.

The main business of the port is the import and export of various types of goods such as containers, coal, crude oil, iron ore and grain.

By the end of 2024, Qingdao port is expected to have 125 berths, an annual cargo throughput of 660 million tons and a container throughput of 25 million TEUs, making it an important pivot point for Qingdao to serve the “Belt and Road” and the “domestic and international double cycle”, and basically The port will be built into a world-class maritime port. 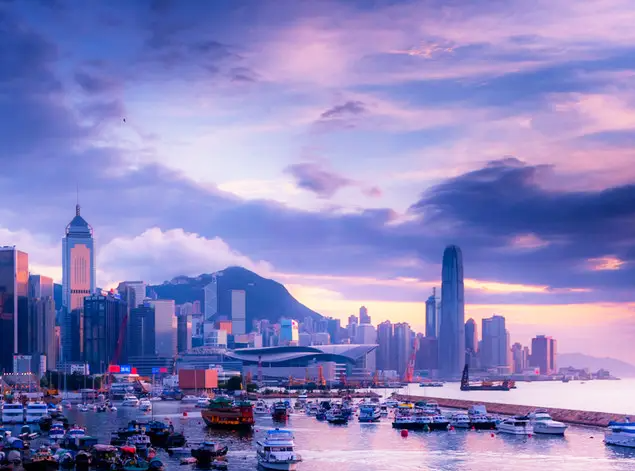 Victoria Harbour is a harbour located between Hong Kong Island and the Kowloon Peninsula in the Hong Kong Special Administrative Region of the People’s Republic of China, and is one of the three best natural harbours in the world.

The width between the north and south shores of the harbour is between 400m and 4,000m, with an average water depth of 12.2m. The natural conditions are unique in that it is possible to berth huge ocean liners, and due to the warm climate, the harbour is ice-free all year round, so ships can enter and leave freely throughout the year, making Hong Kong an excellent harbour given its natural timing and location.

It has not only container terminals, but also specialised terminals for oil, coal and cement. It has more than 20 sea routes to nearly 1,000 ports in more than 120 countries and regions around the world. The Port of Hong Kong is a free port with 10 million passengers arriving and departing each year. It ranks among the world’s largest ports in terms of tonnage, cargo volume and passenger traffic, and is ranked as one of the busiest ports.

The Port of Victoria has some of the lowest port rates in the world and enjoys zero duty on all goods except for four categories of alcohol, tobacco and alcohol, hydrocarbon oils and methanol, so you can save a significant amount of money when you choose to ship from the port. 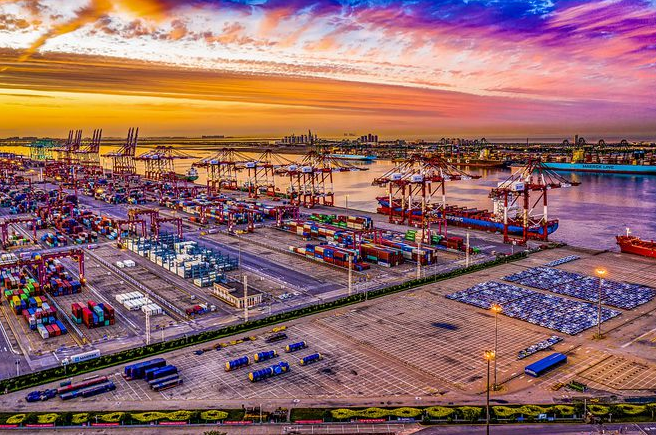 Tianjin port is an artificial deep water port, 300,000 tons of ships can freely enter and exit the port, the total length of the port shoreline is 32.7 km, the main channel water depth has reached -21.0 meters, is the link between Northeast Asia and Central and West Asia, is the maritime gateway to Beijing, Tianjin and Hebei, is the eastern starting point of the China-Mongolia-Russia Economic Corridor, the important node of the New Asia-Europe Continental Bridge, the strategic pivot point of the 21st Century Maritime Silk Road

It is the largest and complete comprehensive port in the Bohai Sea region, with container, coal, ore, crude oil and products as the four pillars, steel, grain as the focus of the cargo structure, a total of 176 berths of various types of liquefied natural gas, grain, etc., 122 10,000-ton berths, 250,000-ton ships can freely enter and exit the port, 300,000-ton ships can take the tide to enter and exit the port, and 119 container liner routes.

There are varying degrees of sea ice in the port area every winter, with the icing period starting in late December and ending in late February.

If you want to import goods from China, consider the port of loading depending on the origin of the goods you are buying, these ports are good choices.

MingOu has been in the wipes industry for many years and we hope you will choose us to provide you with the best quality wipes products and the most reliable shipping service.

Our port of loading will be either Shanghai or Ningbo for you.

Hi,I'm Long, the founder of mingouwipes.com, we are committed to wet wipes solution and the purpose of this articde is to share with you the knowledge related to wipes from a Chinese supplier's perspective.
PrevPreviousNew wet wipes
NextWhat are the new functional wipes?Next

Thank you for reading and feel free to leave your thoughts and suggestions in the comments section, your comments are our greatest encouragement.

A comprehensive look at the most popular baby wipes

You can’t miss these facts about disinfectant wipes

The dangers of bacteria

What to know about baby care

About the different functions of pet wipes

What are the new functional wipes?

Taking you through China’s ports

How to find a great wipes manufacturing supplier

The state of the wet wipes market development

Do you really know anything about wet wipes?

The Exclusive buyer’s guide on your wet wipes purchasing